#TigerProtector Diaries: ‘Over the 10 years I worked in the forest, I’ve never seen a tiger.’

How do you protect something your whole life without actually seeing them? Hard work, dedication, and tons of faith.

In Malaysia, the population of the Malayan tiger has plummeted to less than 200.

Due to movement restrictions around the world, the pandemic has made our work on the ground extra challenging. As part of our #TigerProtector series this month, we zeroed in on the laborious work WWF staff and local indigenous communities do on the ground to protect the critically endangered Malayan tigers.

Armed with more than a decade’s worth of memories and experiences on the job, we got them to spill best-kept memories (including heart-wrenching ones) and compiled a collection of short stories below.

This brings me to the first story: meet Shariff, WWF-Malaysia’s Tiger Landscape Coordinator who leads our anti-poaching unit that comprised of the locals themselves.

COVID-19 restrictions should teach us empathy

Diary notes: Due to the impact of human activity on our natural environments, one million animals and plants are threatened with extinction – more than ever before in human history. Today, the biggest threats facing tigers are habitat loss, poaching, and illegal wildlife trade.

“When the government imposed the Movement Control Order (MCO) on 18 March, which at some point, restricted our movement to go out and buy necessities within a ten-kilometre radius from our homes. In some ways, I can liken this to how some wildlife species are restricted when their home range grows smaller and smaller due to development. I hope this situation would make people more empathetic towards the plight of wildlife who are not just losing their habitat but are being heavily poached as well. – Shariff Mohamad, Tiger Landscape Coordinator

Diary notes: Snares are cheap and easy to set up. Widely used by foreign poachers especially from countries like Viet Nam, Cambodia and Thailand, thousands are made available in Southeast Asia. The inconspicuous weapon is decimating wild tigers across the region, including Malaysia.

“Some years ago, our anti-poaching team came across a snared tiger. This was immediately reported to the wildlife enforcement agency – the Department of Wildlife National Parks – who rushed down to the scene to try and save the tiger. I witnessed the whole operation – from tranquilising the tiger to bringing it out on a stretcher – and also treating the tiger on the spot for its snare wound. It was probably only snared for a day or two, but by then, it had caused the wound to be deep. The more it struggled, the tighter it became. So you can imagine the amount of pain the tiger was in. Unfortunately, the tiger died a couple of weeks later in captivity.”

“The main objective of the anti-poaching unit is to act as the eyes and ears for the enforcement agencies to take action. Finding poachers is pretty much like finding a needle in a haystack. But we do get better at it after becoming more familiar with the landscapes, poaching routes and hot spots. When our team comes across a snare, they will deactivate it and remove it.” – Shariff Mohamad, Tiger Landscape Coordinator

Diary notes: Active patrols in tiger territory are always carried out with the support of the Orang Asli communities. At times, these patrols put them right in the path of dangerous wildlife poachers.

“There was one occasion when my field trip partner Merapi and I spotted fresh signs of poachers’ presence which led us to an active campsite. It was where we met two foreign poachers. To not incur any suspicion, we obliged to stay for coffee, and quickly headed off to the opposite side of the stream.”

“At the foreign poachers’ campsite, we spotted some snares in a gunny sack at the campsite, which the poachers hadn’t set yet. The two poachers were wearing green uniforms with an emblem of a star, which is typical of Vietnamese encroachers. After we left the campsite, they hiked a hill where we knew there was a network connection. It took about an hour to reach the peak, where I reported the incident to our anti-poaching coordinator. Since we made contact with the poachers, he suggested we head out so as to not scare the poachers off so that they could plan for operation with the enforcement agencies. They exited that evening and relayed the details to the authorities. Unfortunately, there was no enforcement team who could be mobilised at the time.” – Aris, an indigenous member of the anti-poaching unit

‘I have never seen a tiger.’

Diary notes: Contrary to what many might believe, many field researchers on tigers do not actually come across these creatures. Tigers are notoriously shy and choose to stay away from humans if they can help it. Part of the solution to get data on tiger populations of an area is capturing them in the form of camera traps.

“The dense vegetation of our rainforest, where visibility is so low, it is very difficult to see a tiger. Over the 10 years I worked in the forest, I have never seen a tiger. We use camera trap technology to help us in our work – to photograph the tigers and study them. My team consists of six people, and on average, we spend a week or two in the forest, travelling as far as tens of kilometres every single trip.”  – Christopher Wong, Senior Wildlife Monitoring Officer

One of a kind

Diary notes: In order to protect tigers, we need to understand them and their movements. WWF’s researchers put in hours of painstaking work to analyse camera trap images to identify tiger individuals.

“Out of the 40,000 captured photographs of wildlife, only three or four per cent of the animals are of tigers. Just like our fingerprint, every stripe is different. This is how we can tell if we captured the same tiger at two different times.” – Christopher Wong, Senior Wildlife Monitoring Officer

Be ready for the unexpected

Diary notes: Working in the field often brings unexpected challenges and dangers – tigers aren’t the only inhabitants of forests. Encounters with other wildlife can be challenging at times.

“At 3 am on 23 March 2020, a herd of elephants invaded the campsite of one of our patrol teams. The team scattered, and the elephants destroyed the camp, most of the field equipment and also plundered all the rations. The team members were all safe but had to exit the forest earlier than expected because of this. Although incidents like this rarely happen, conducting fieldwork does often bring about unexpected challenges. This team was already camping inside the park before the movement control order was announced.” – Mizi, member of the anti-poaching team

Tiger populations have been decimated across Asia; even more so in South East Asian countries due to widespread snaring by Indochinese poachers. Singapore’s last wild tiger was killed in the 1930s.

“If this trend persists, we might not be able to see a wild tiger anymore. But we can’t give up hope just yet. Tiger cubs are still being photographed. There are still female tigers in the forest, they can still repopulate and increase the number of tigers. There are still a lot of things to be done, but it has to be now.” – Christopher Wong, Senior Wildlife Monitoring Officer

Prior to the global pandemic, the World Health Organization (WHO) has linked the increase in many infectious diseases to environmental threats.

As the world goes through a period of unprecedented change, taking bold action for tigers will have a much wider impact than just for one species. It secures a wide range of human health benefits, conserves many other highly endangered species and potentially provides new key sources of income for local communities.

But as you’ve taken a closer look at our #TigerProtector diaries, we recognise that the challenges are many, and building strong partnerships with community partners and Orang Asli communities are essential to ramp up tiger conservation initiatives. More support and resources can be allocated for wildlife protection – in terms of personnel, anti-poaching units, equipment and more.

Note: The anti-poaching teams have momentarily stopped patrolling work due to COVID-19 restrictions in the past two months. The good news is: we’ve gotten approval from the government and local agencies for four patrol teams to resume work as of June 17, 2020. All patrol teams are expected to resume by the end of June.

All photos were taken before restrictions were set in place.

Today, you can adopt a tiger and join our #TigerProtectors to help strengthen community efforts in tiger landscapes, monitor and safeguard habitats against poachers, and advocate for effective management of forests. 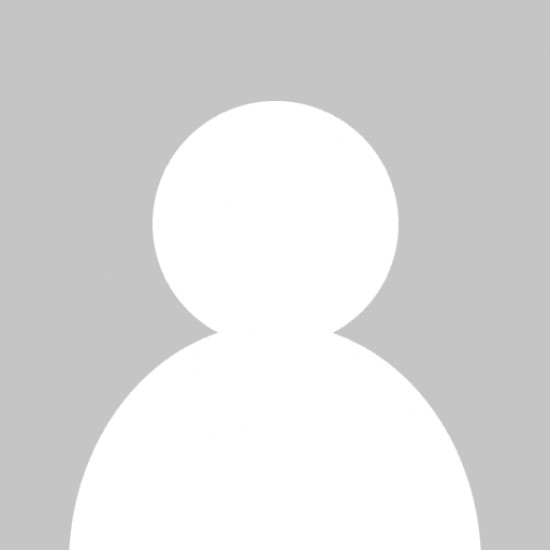 As Cities Went into Lockdown, Who Was Protecting the Vulnerable Wildlife?

As Cities Went into Lockdown, Who Was Protecting the Vulnerable Wildlife?